To mark the 100th anniversary of the discovery of Tutankhamun’s tomb, Grade was delighted to redesign the fully updated and revised edition of the classic bestseller The Complete Tutankhamun by Nicholas Reeves, originally published by Thames & Hudson. In this expanded new edition of his landmark book, Egyptologist Nicholas Reeves revisits Tutankhamun in the context of his time, the excavators in the context of theirs, and every aspect, old and new, of the tomb's discovery, archaeology, architecture and art. The book now includes the tomb's ground-plan and setting, which are fully remapped, as well as CT-scanning and DNA results, which have shed new light on the tomb and its treasures.

The layout was incredibly complex, as there were extensive tables, images and illustrations, alongside a text of over 140,000 words. Our cover design reflects the golden treasures discovered back in 1922 with a quarter bound PLC and extensive use of gold foil-blocking. We were keen to break away from the much used golden mask, focusing instead on Tutankhamun’s cartouche – the definitive symbol of the boy king. 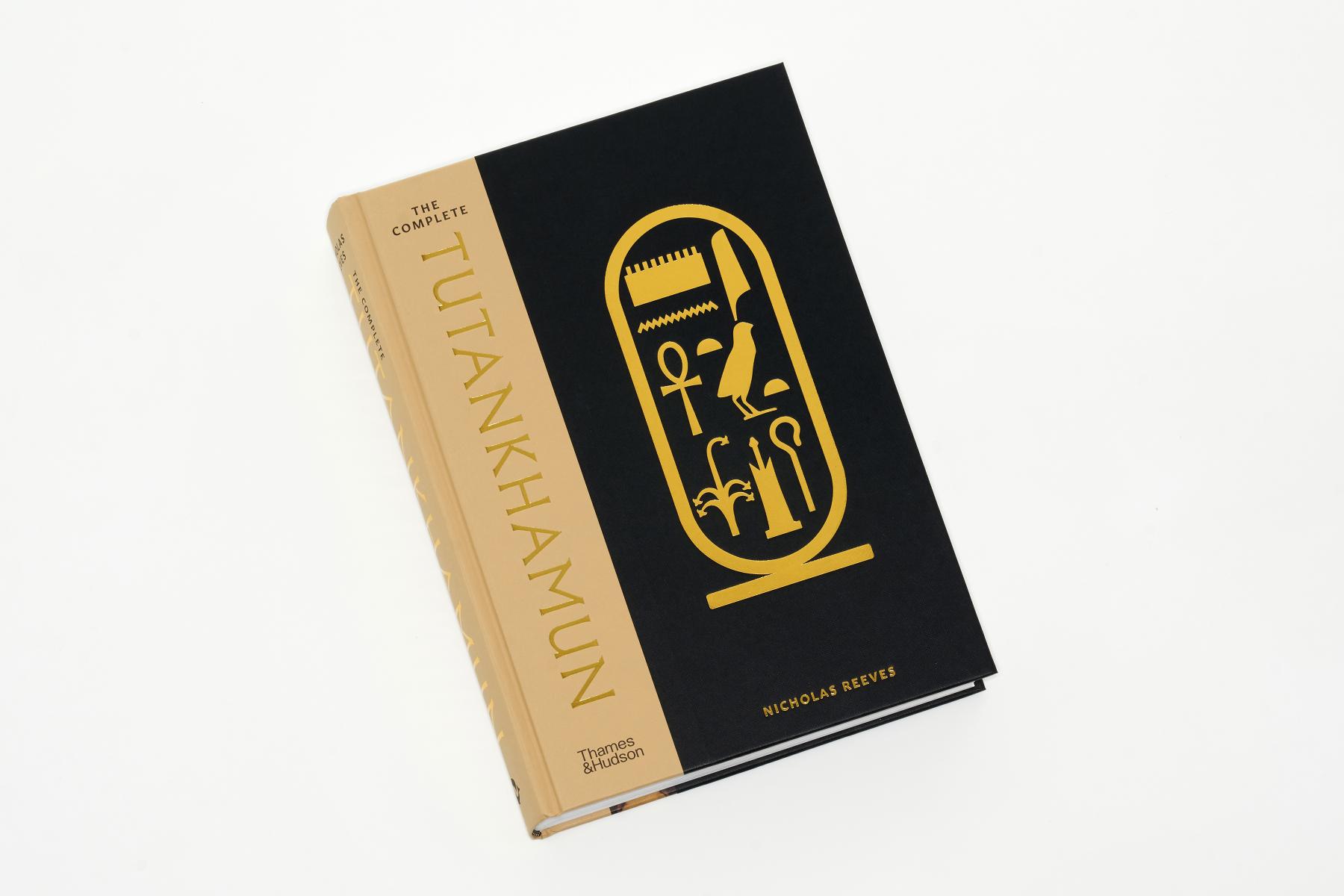 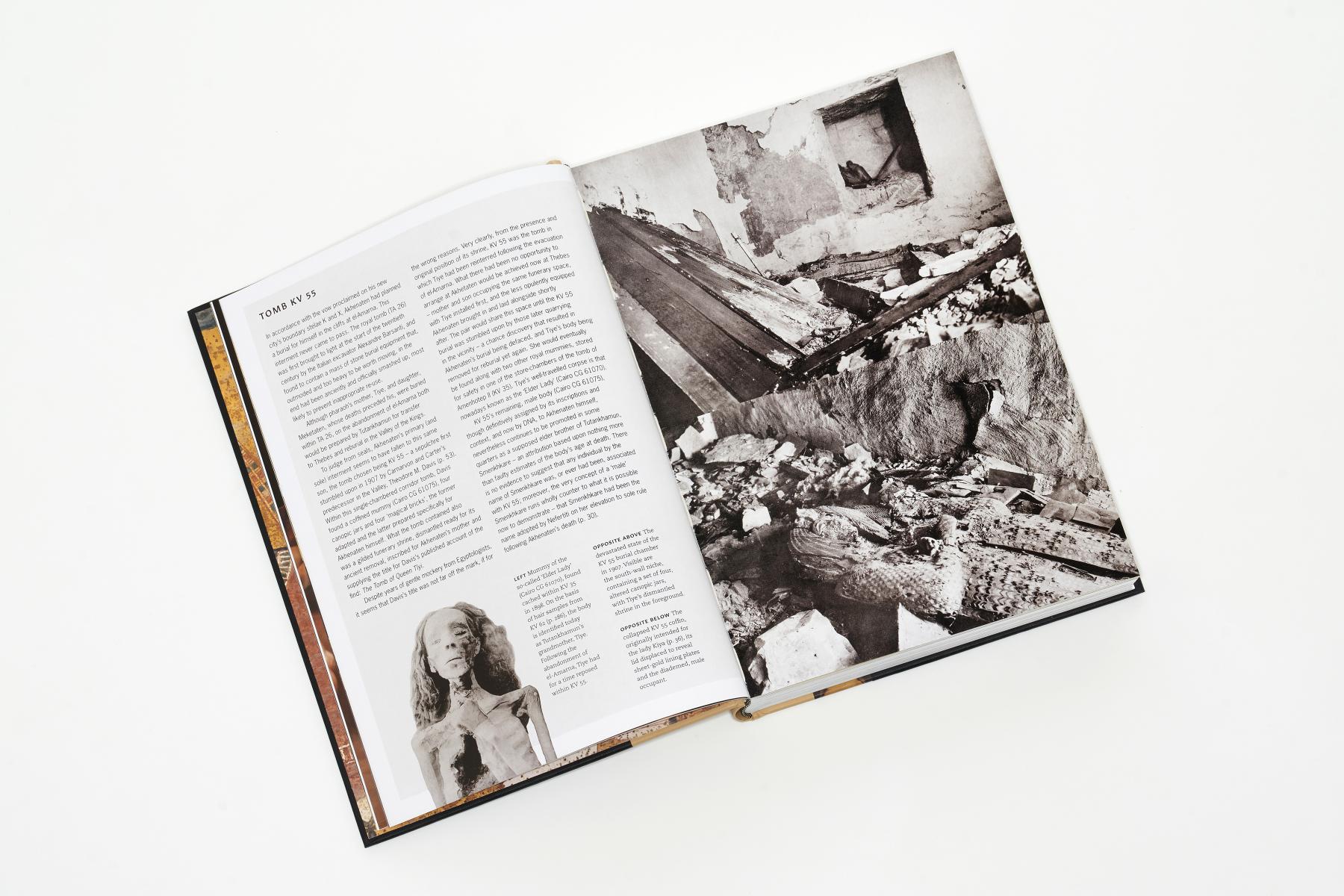 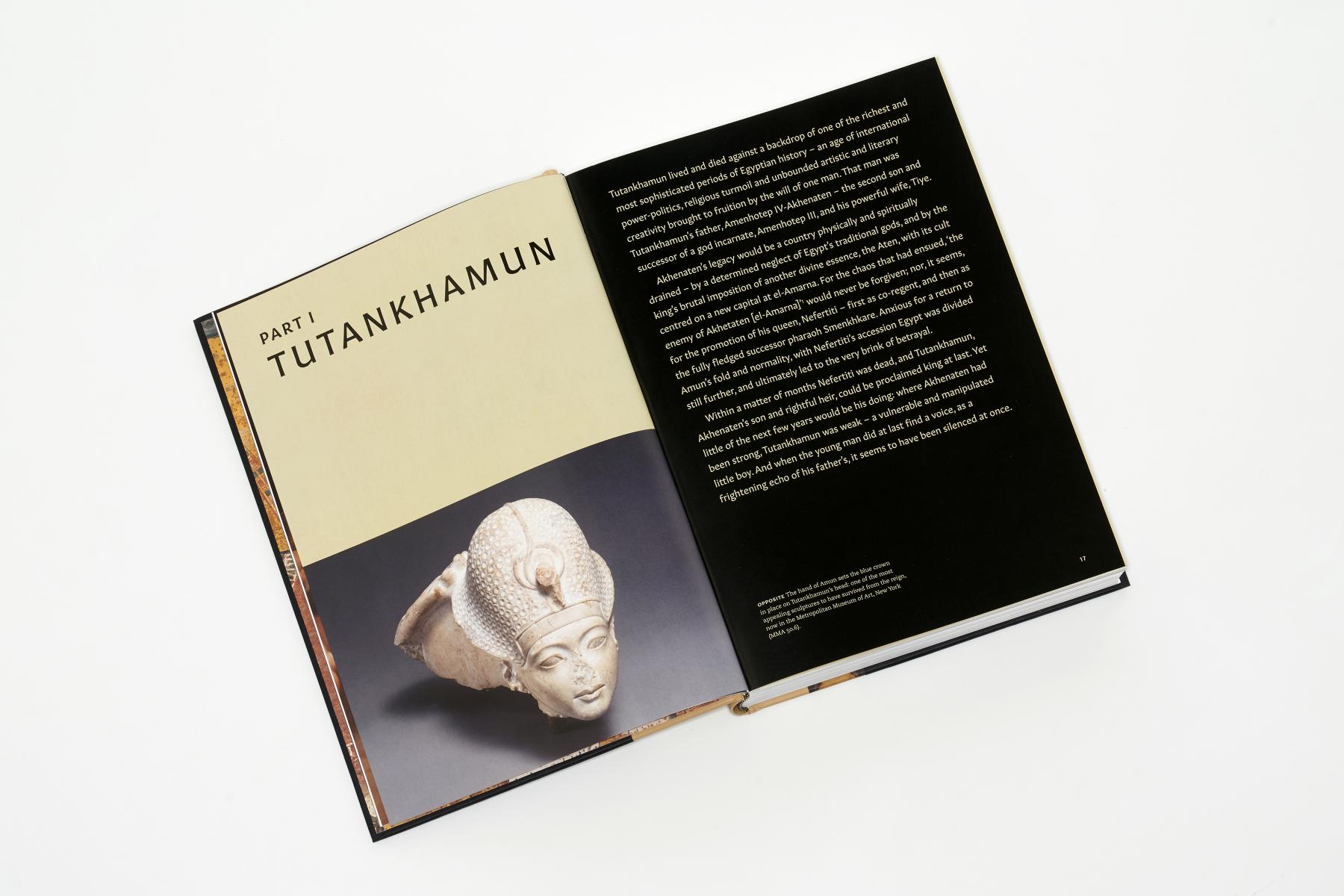 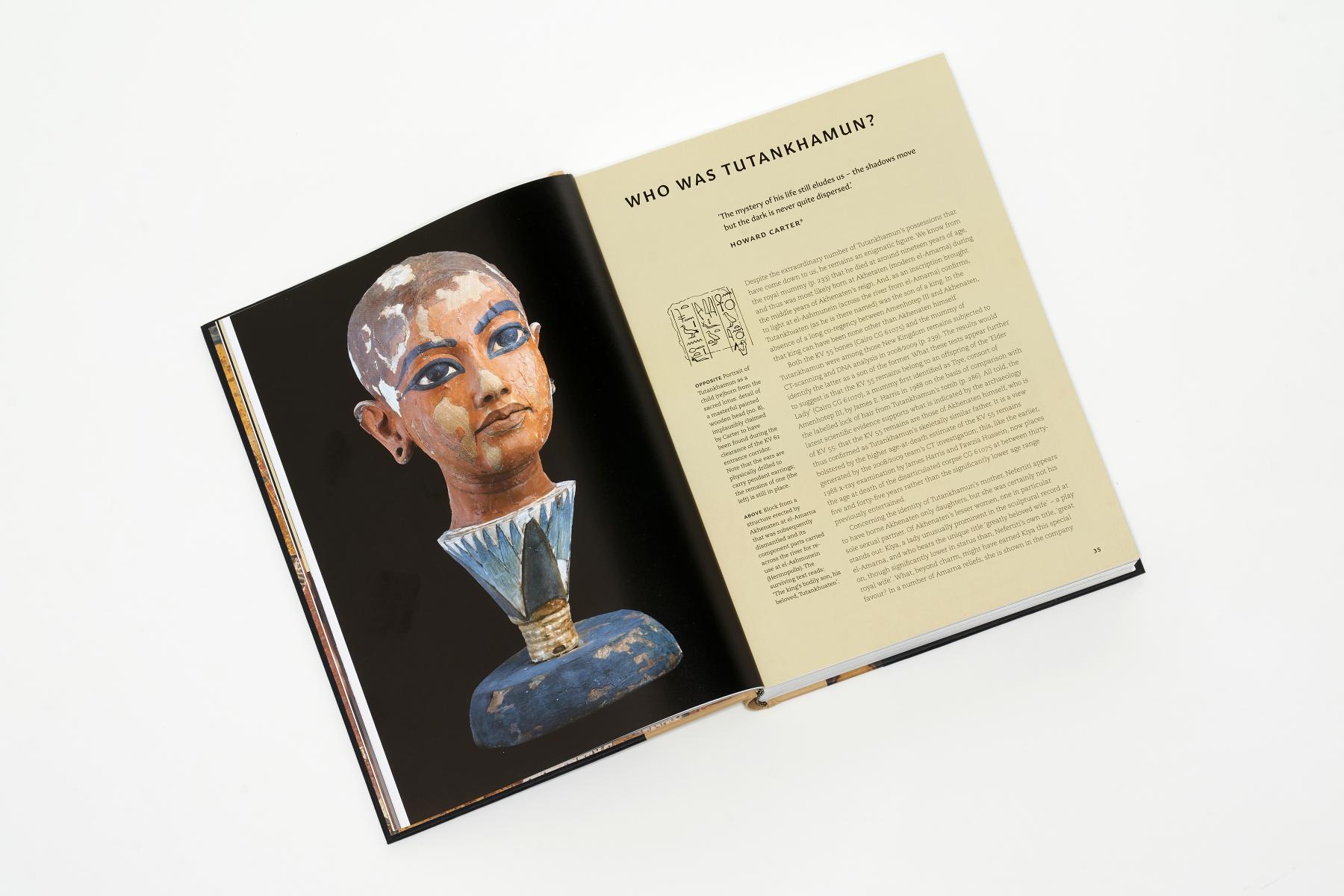 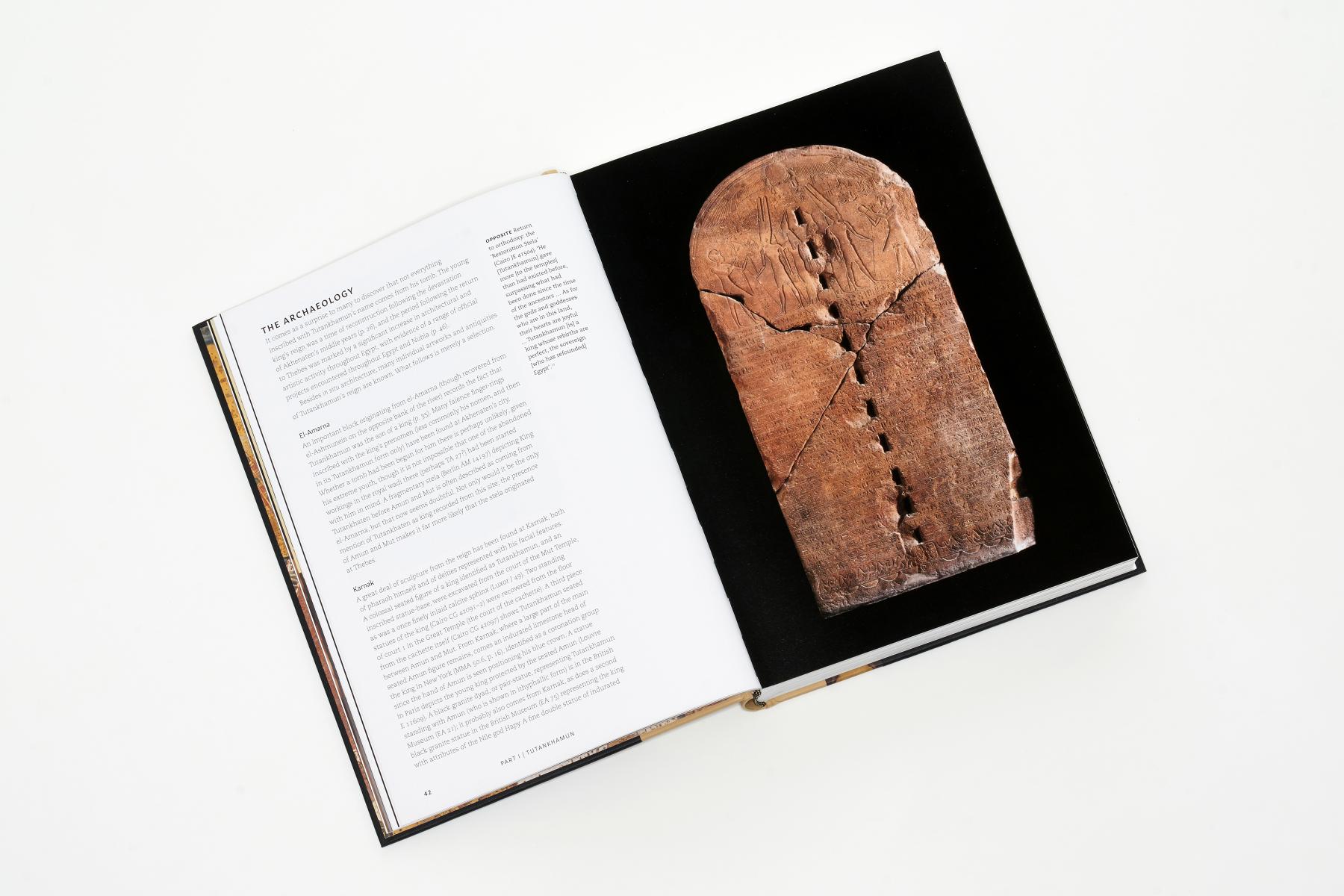 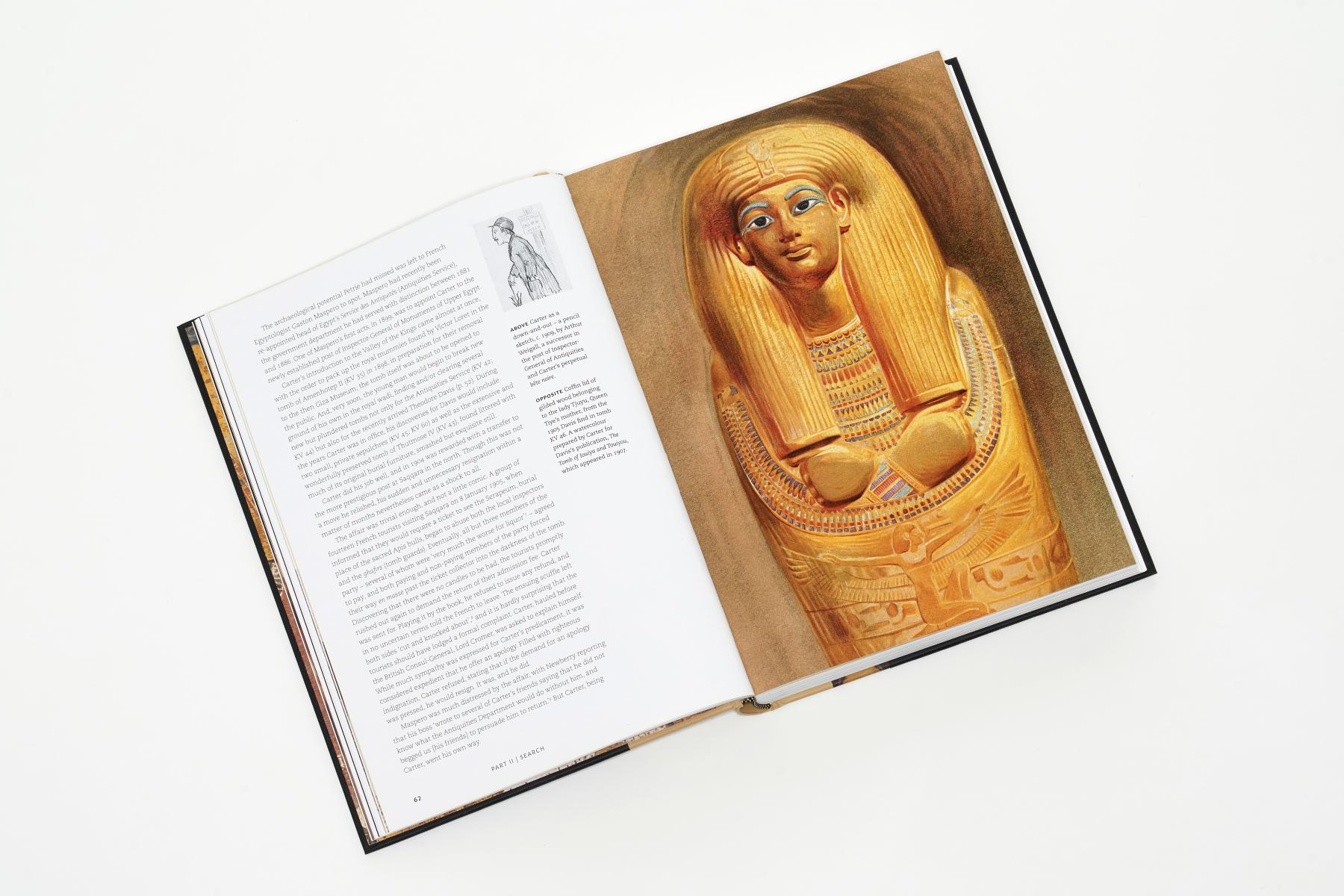 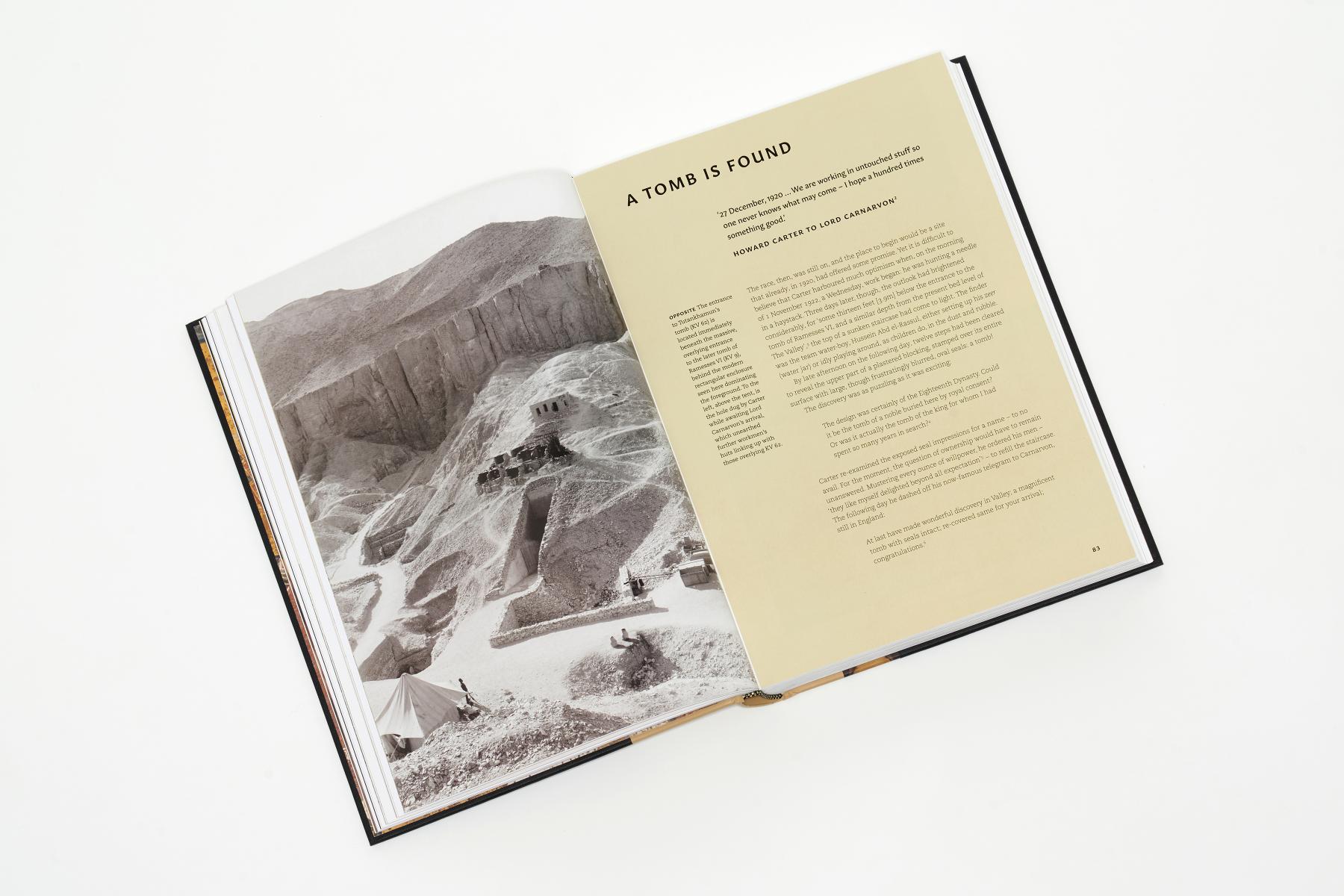 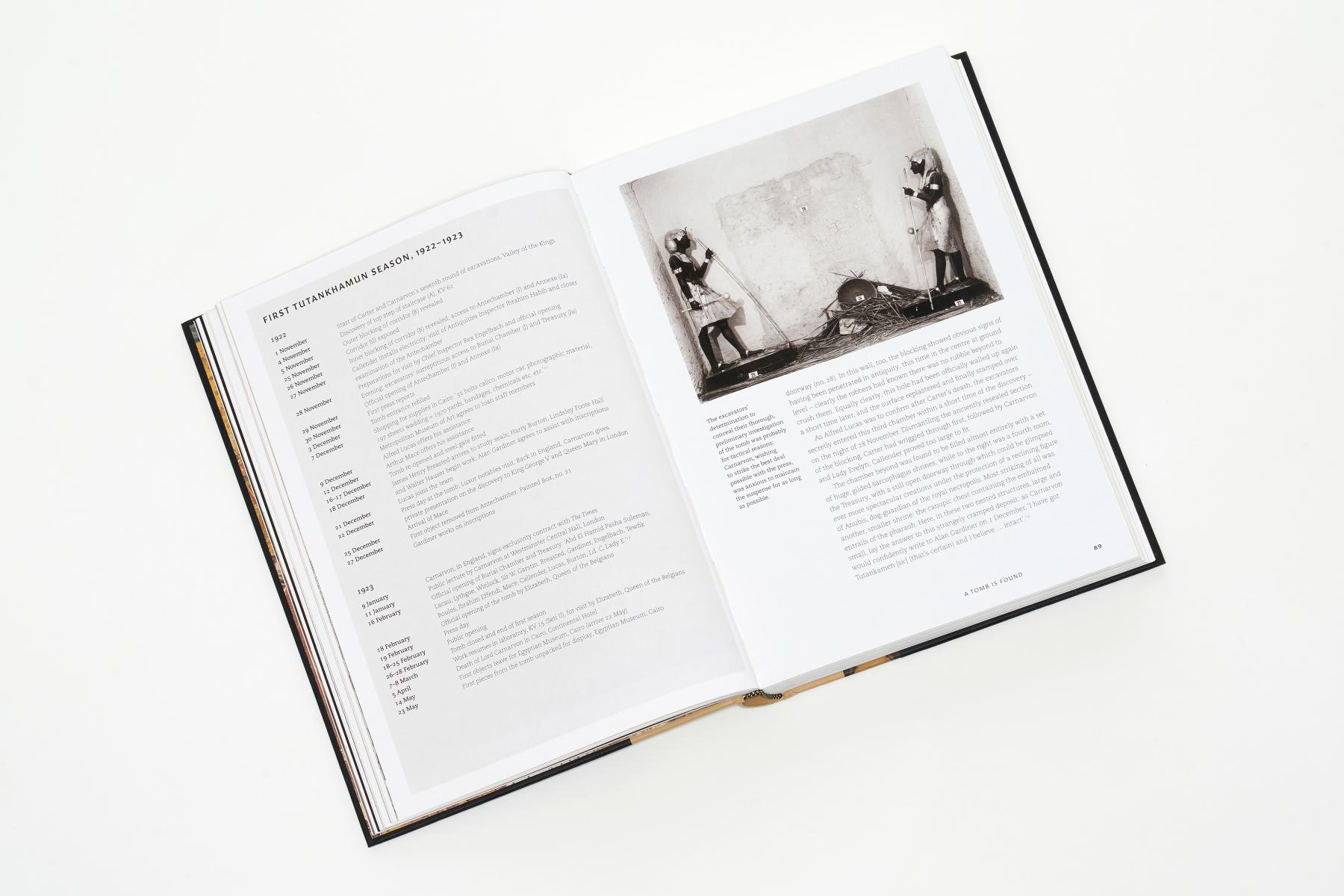 ‘This new, revamped edition is magnificent’ 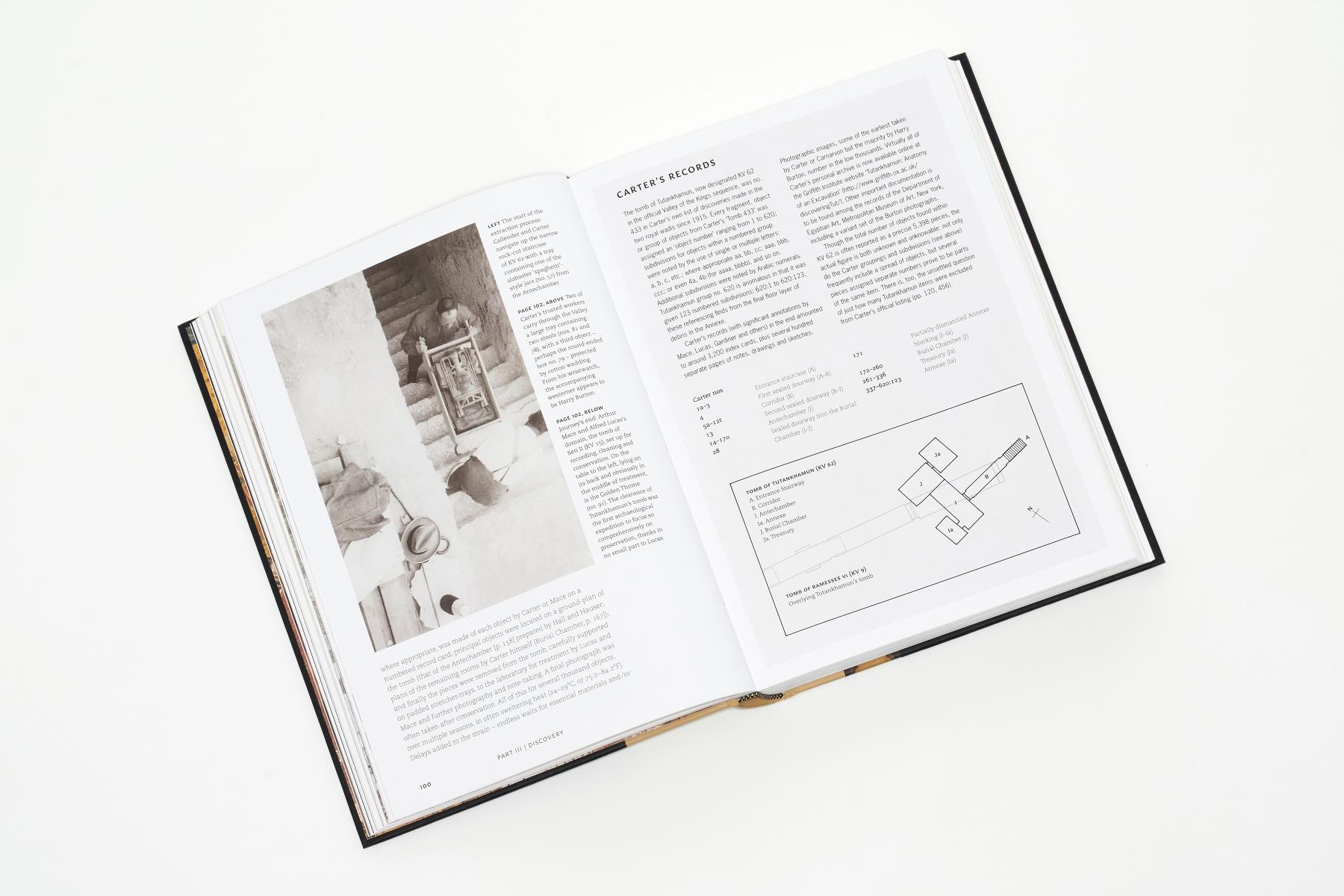 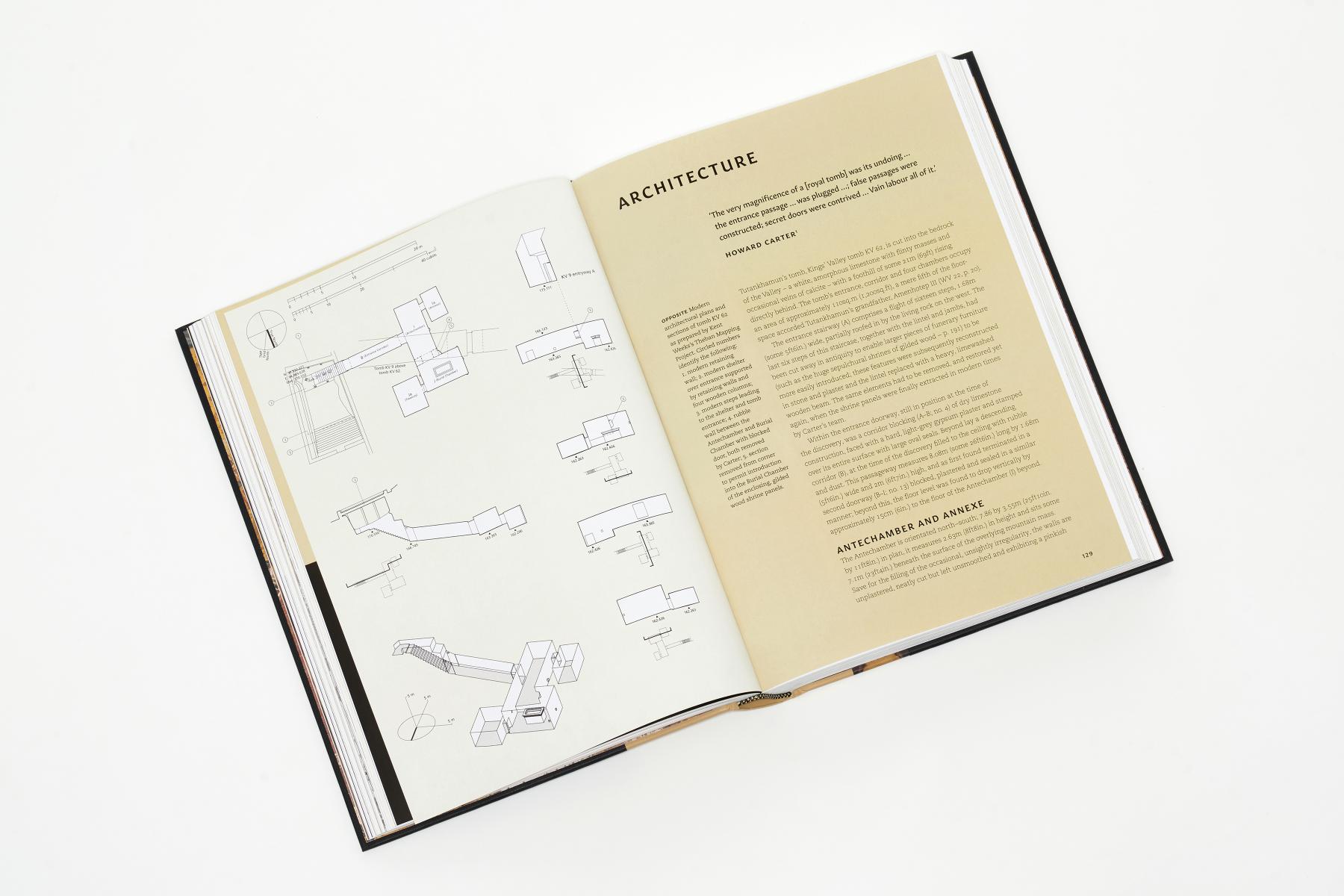 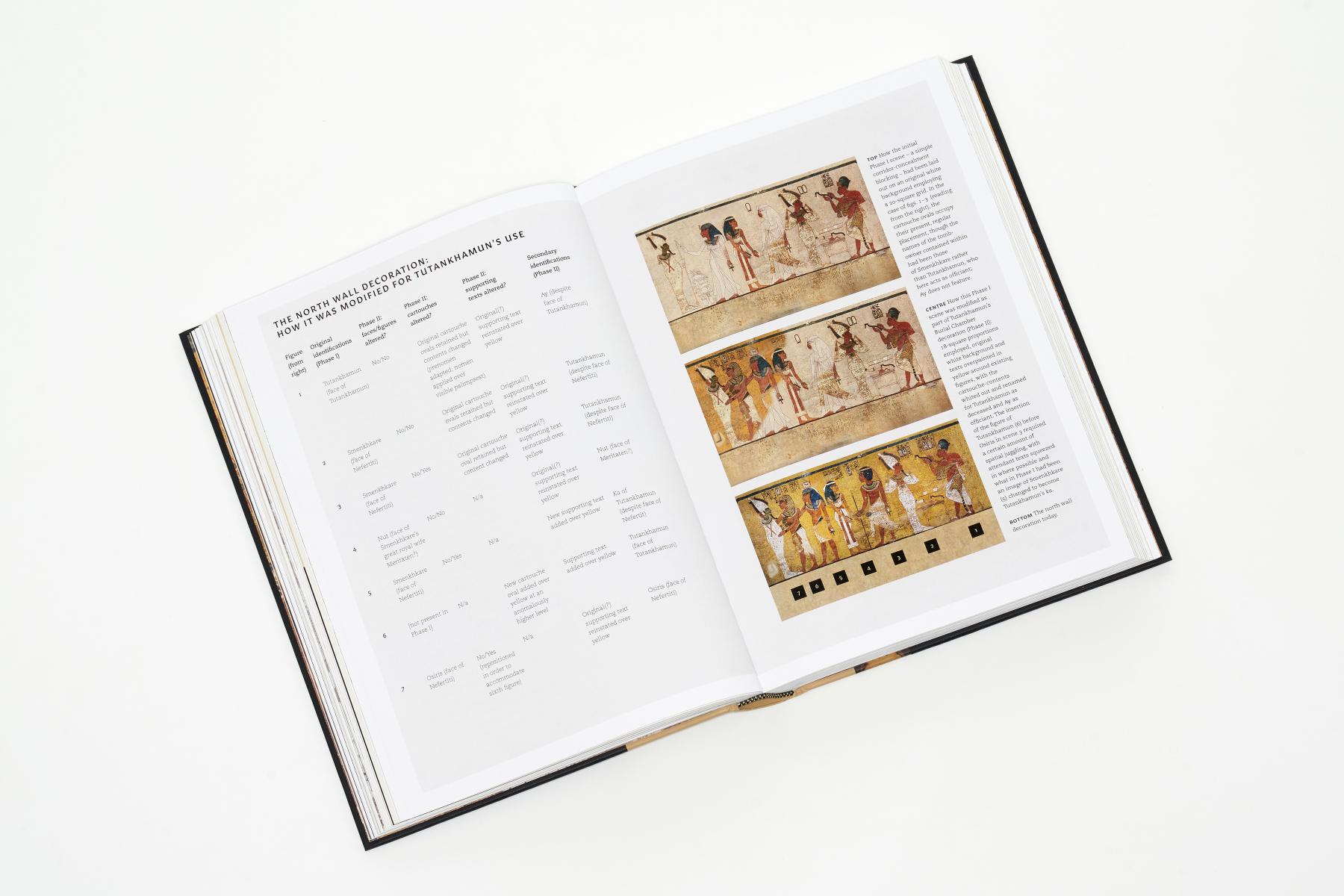 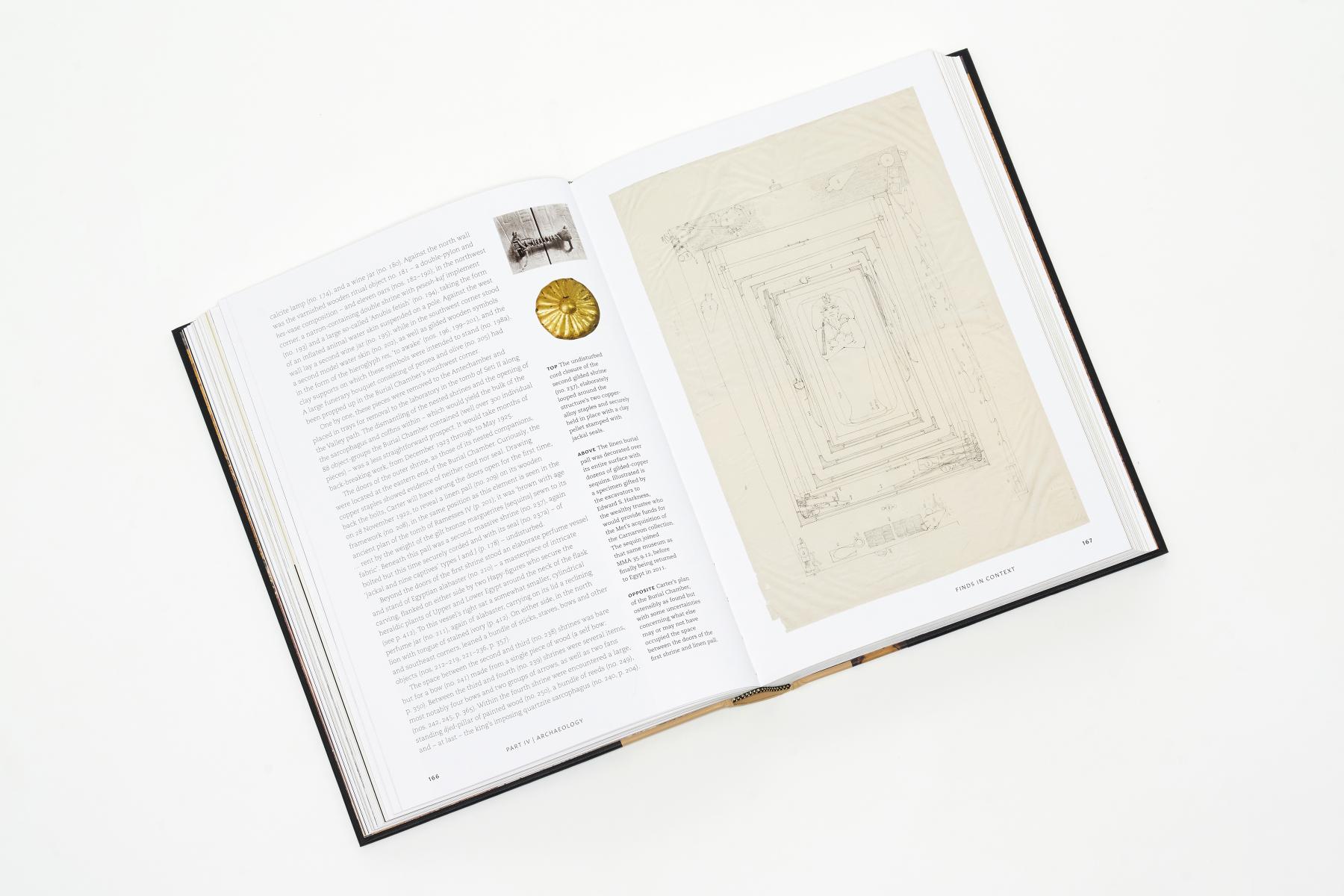 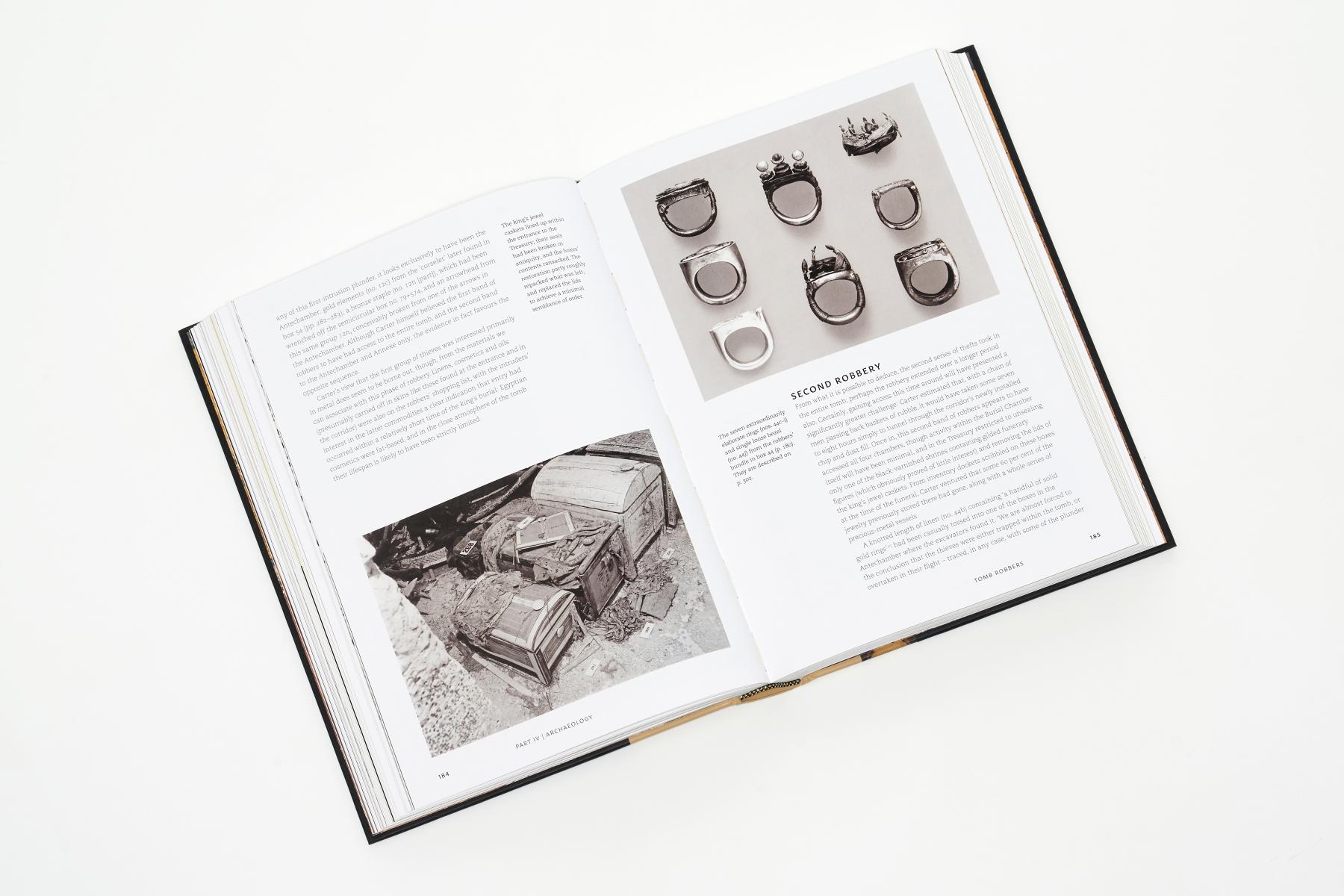 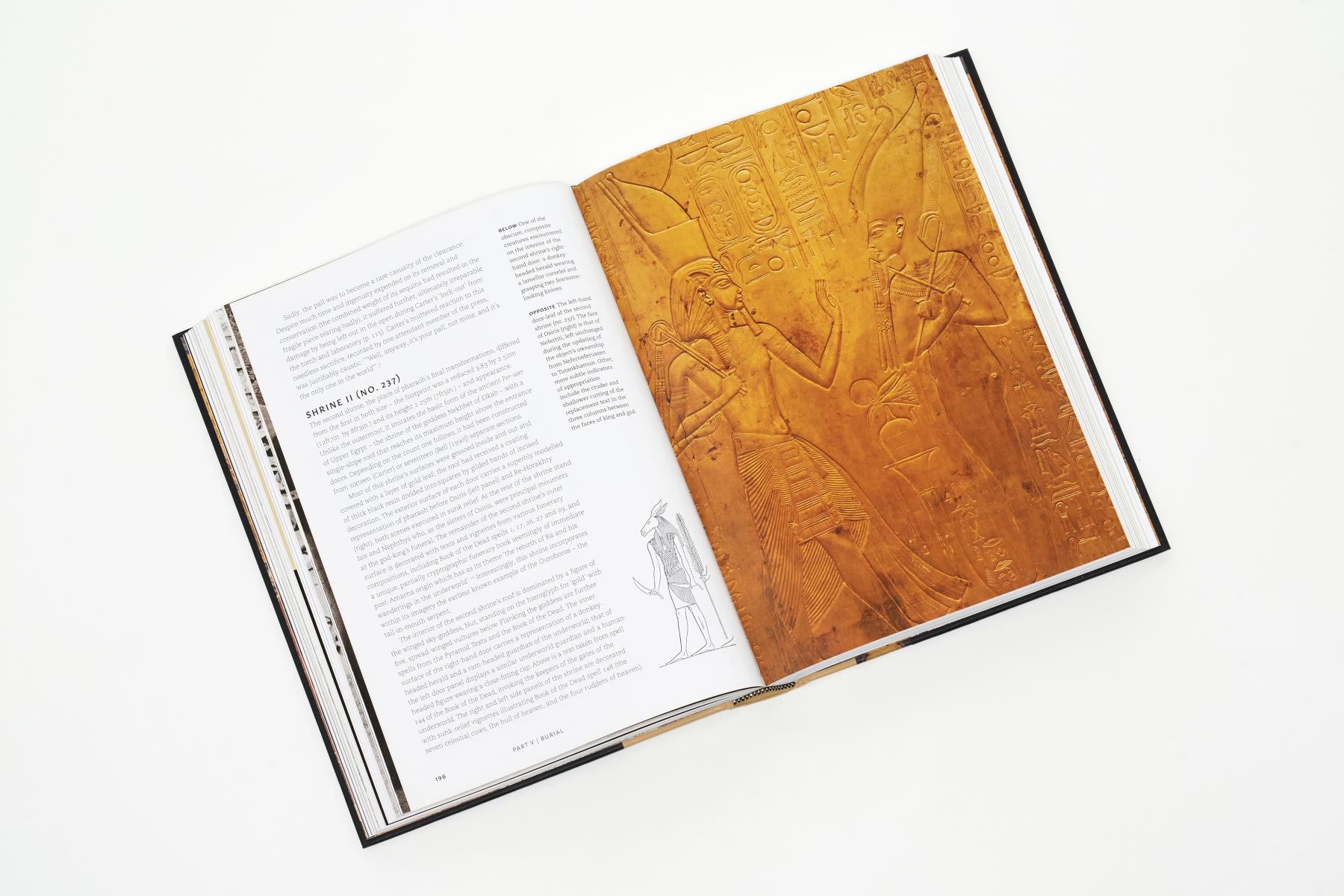 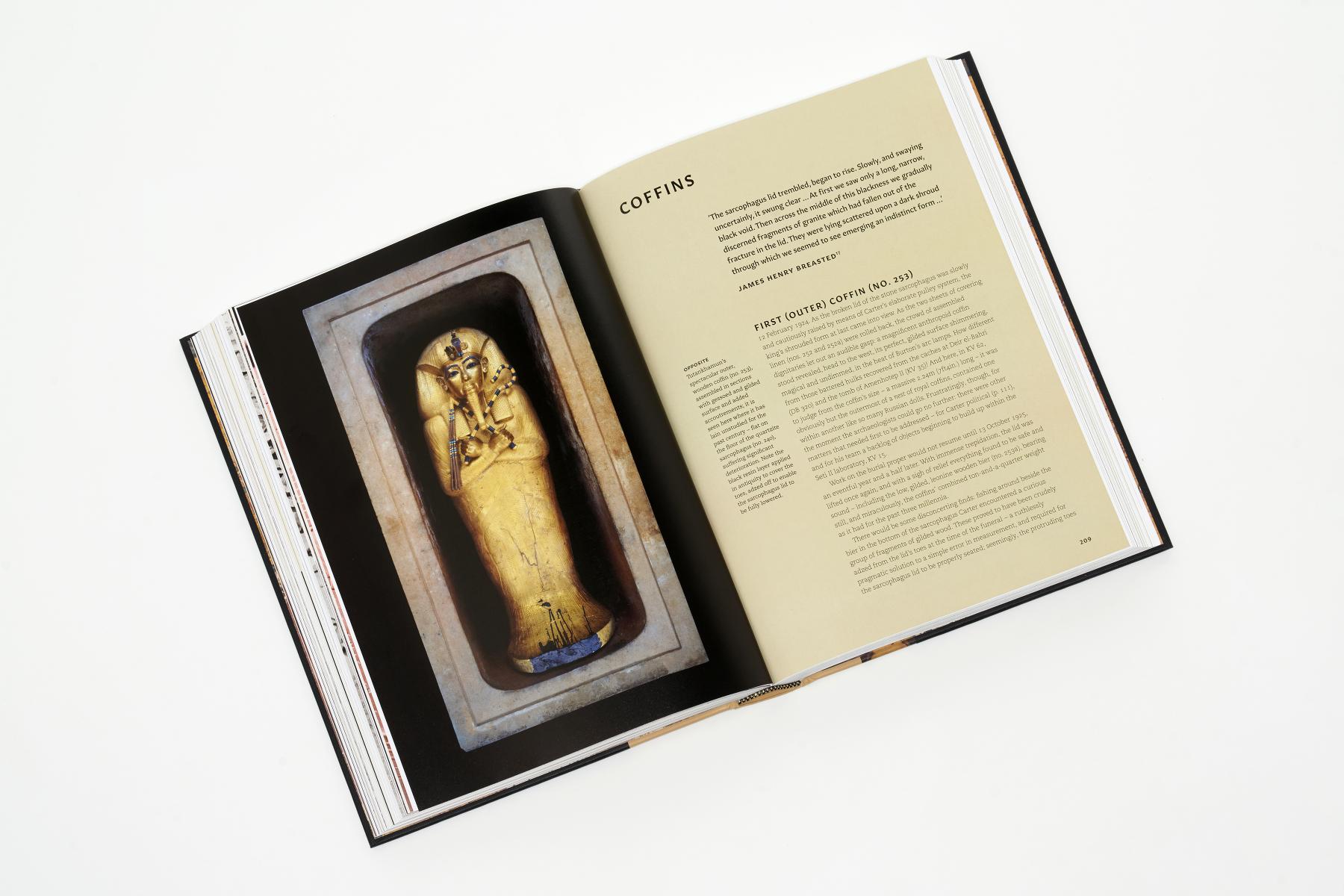 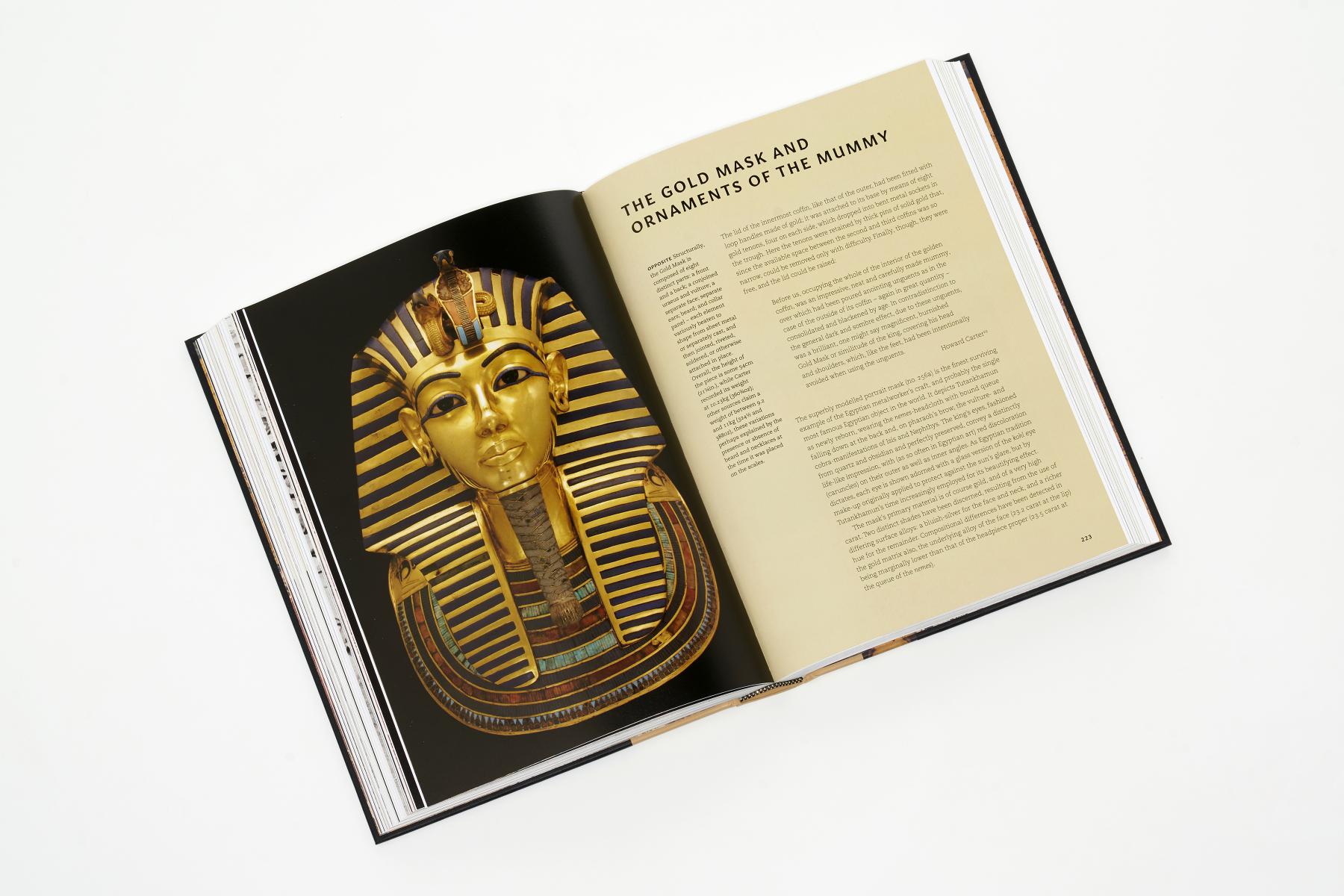 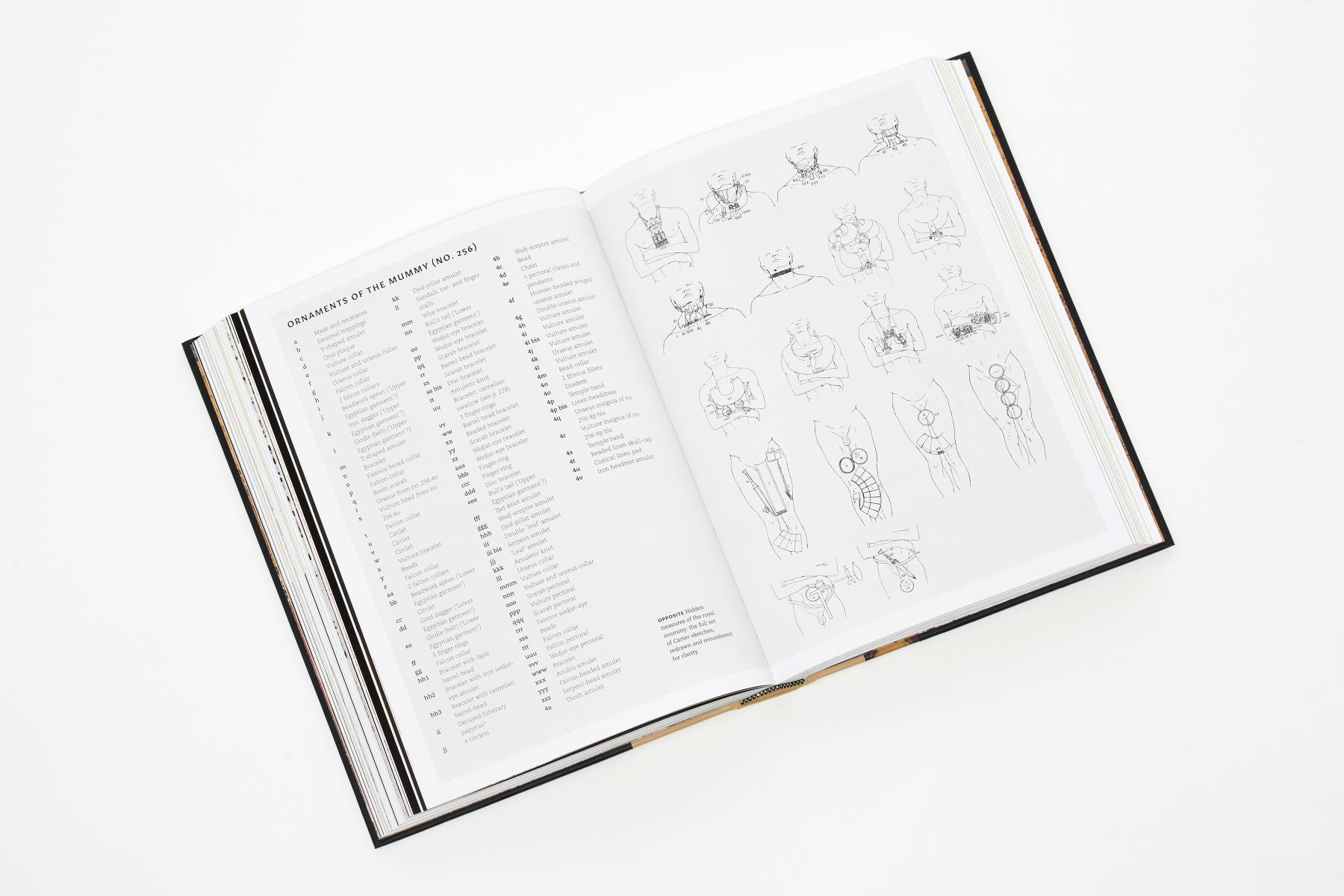 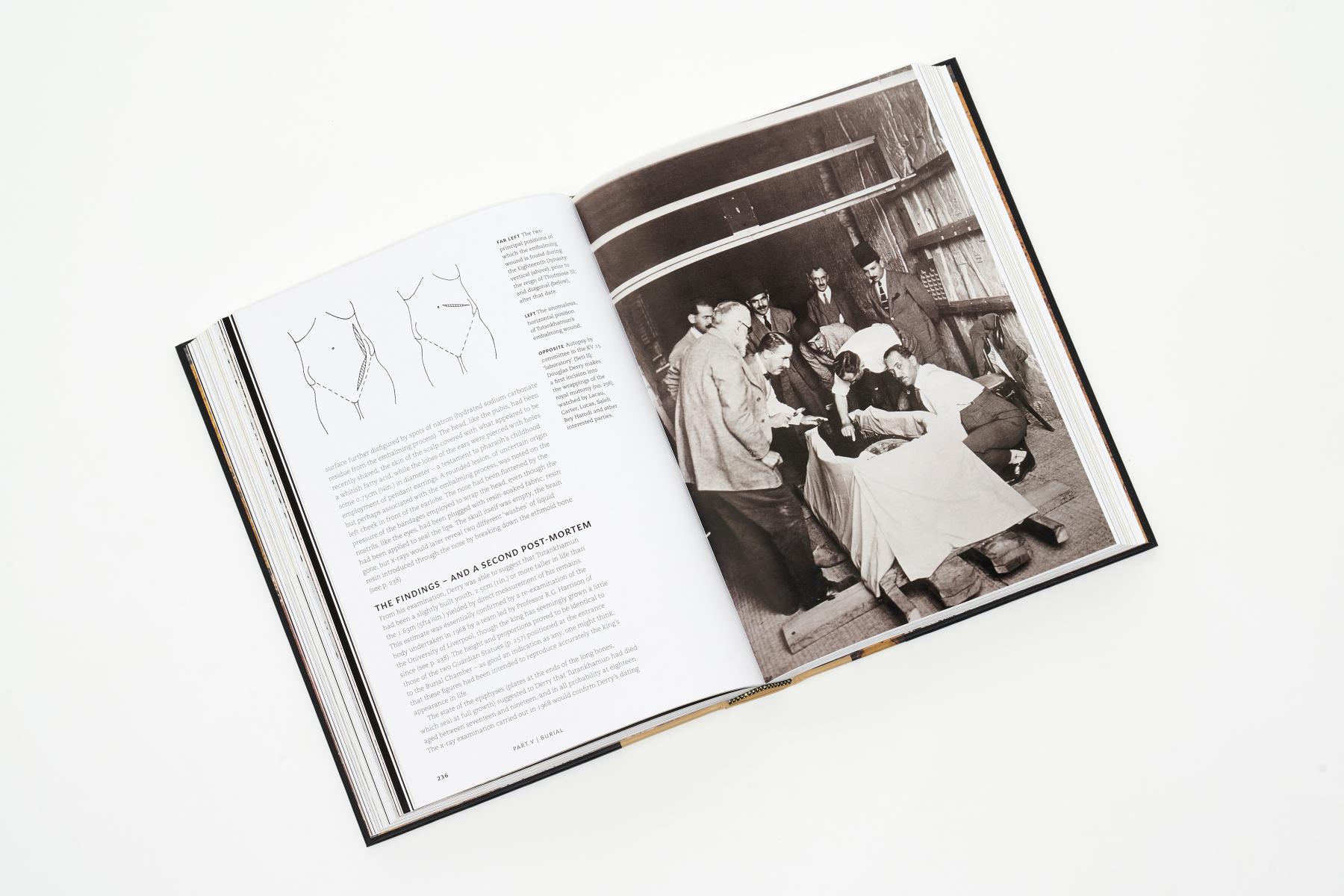 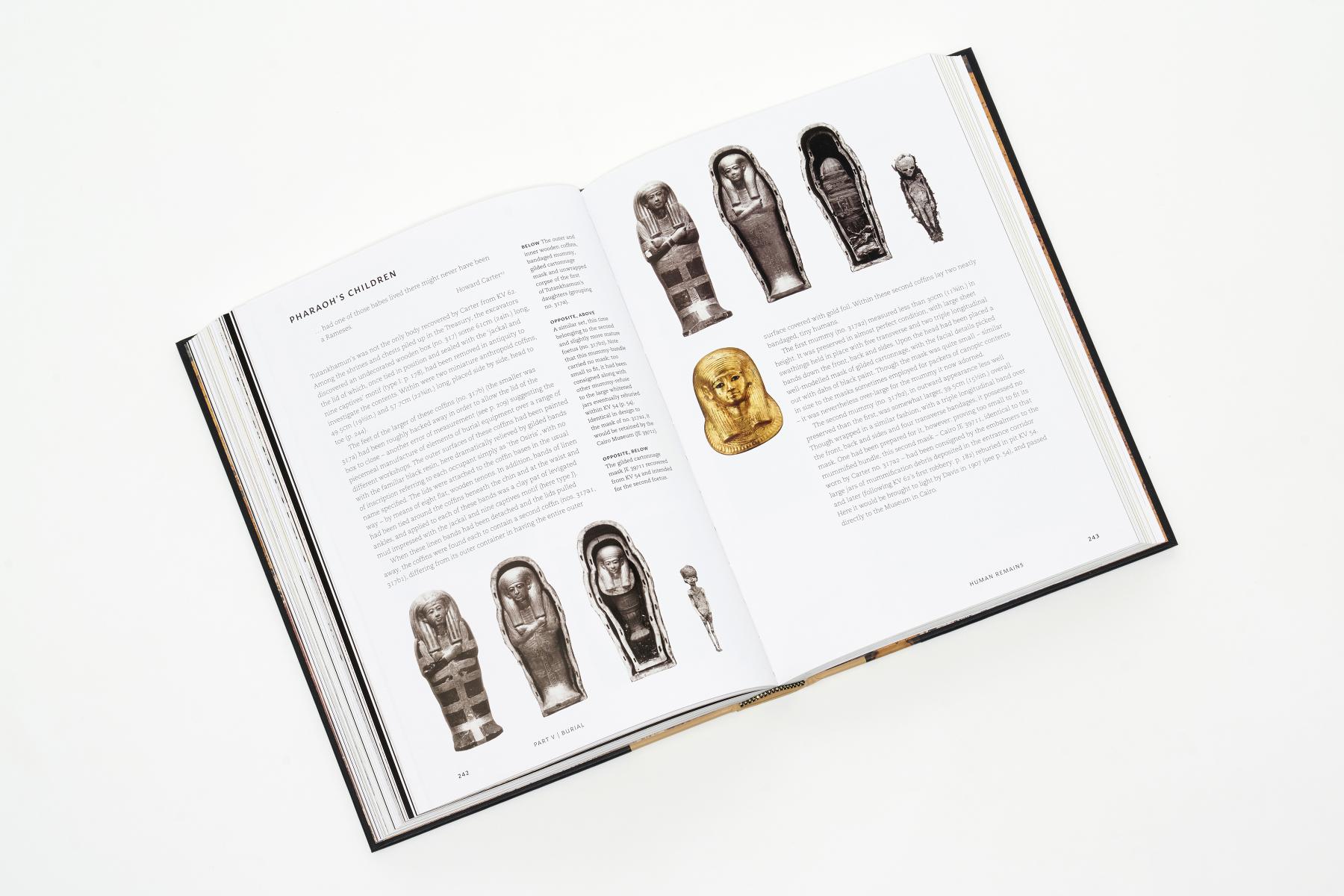 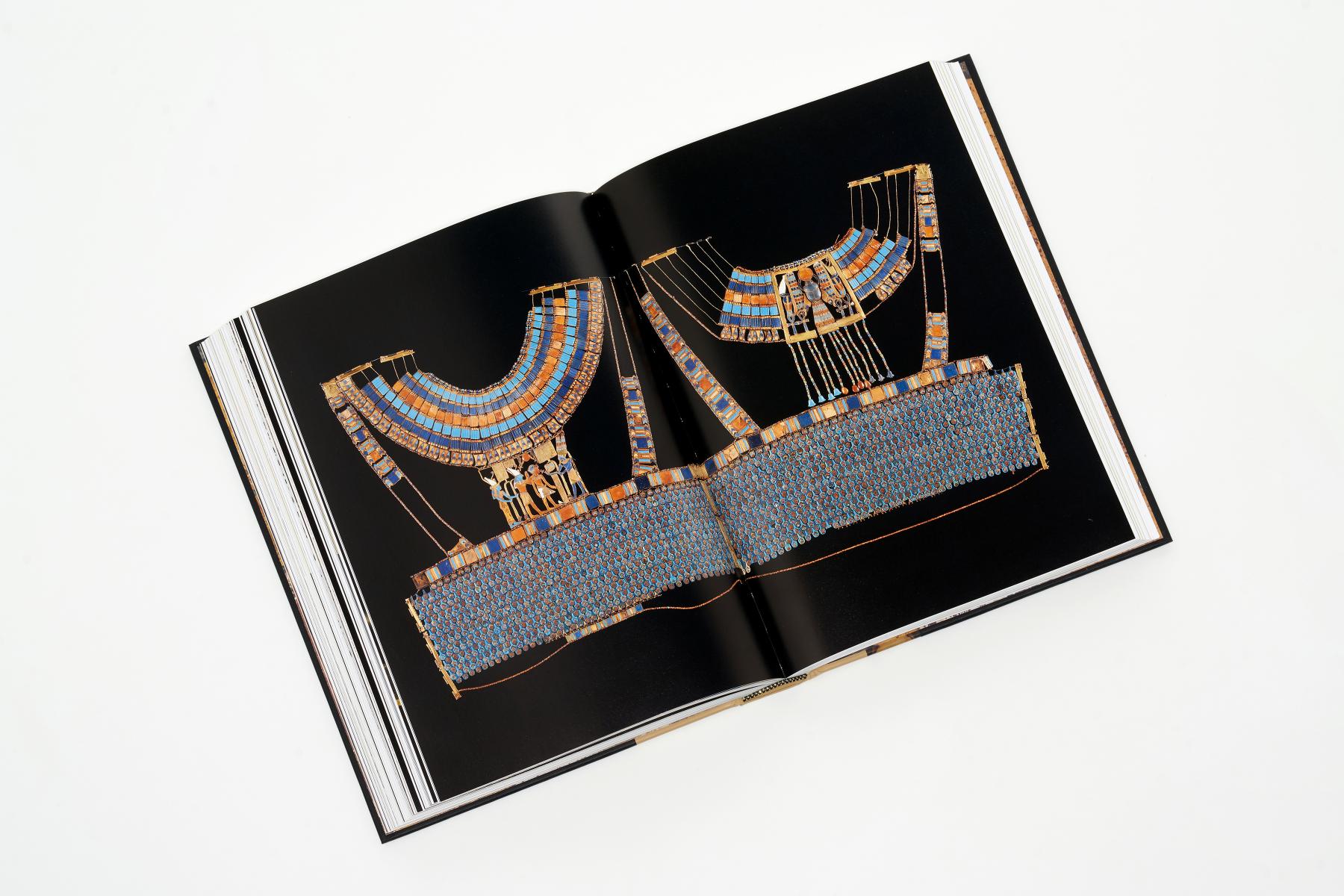 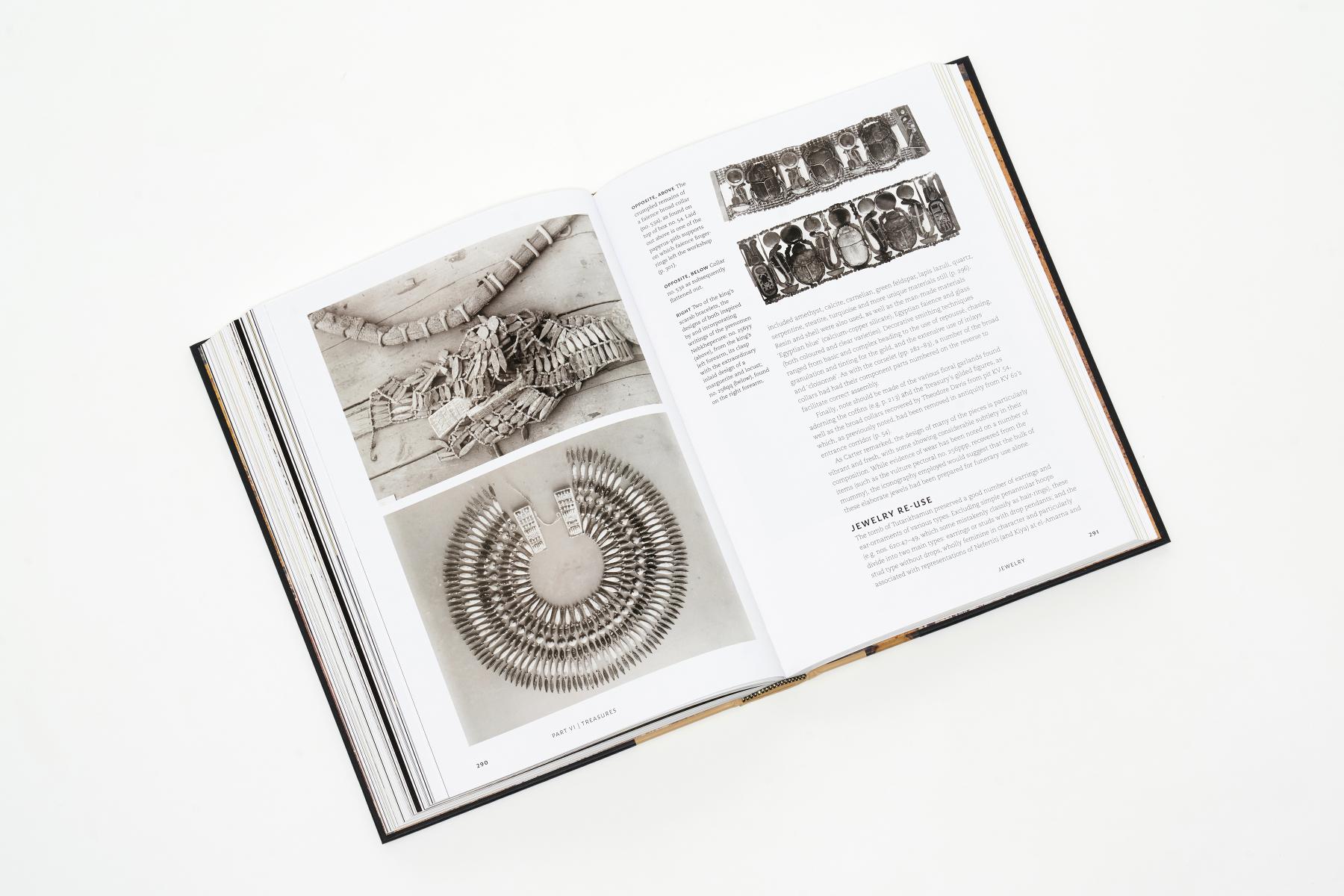 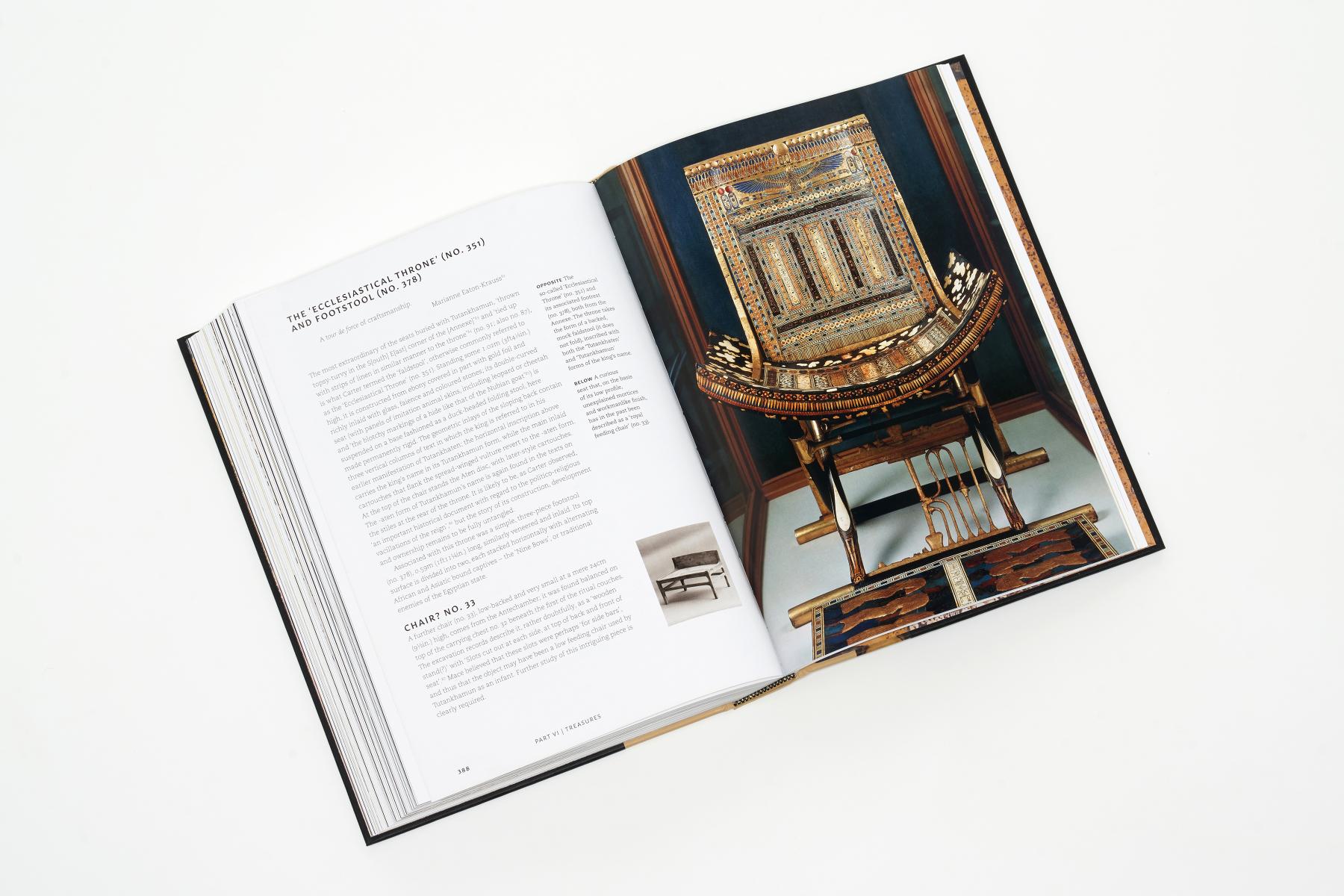